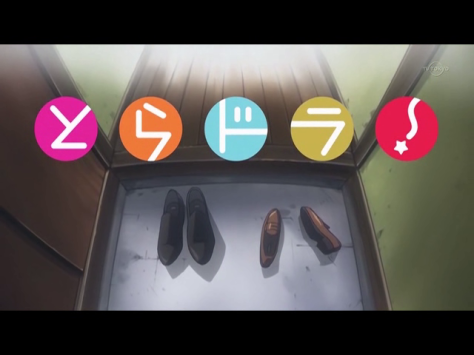 “There’s something in this world that nobody has seen yet.

It’s something gentle and very sweet. And if you had been able to put your eyes on it, then you would yearn for it.

That’s why the world has hidden it. To make sure that not just anyone can get their hands on it.

But at some point, someone will find it.

That one person who is supposed to find it is also the one who will be able to find it.

Toradora tells the story of Ryuuji Takakura and Taiga Aisaka who, after some misunderstandings, decides to support each other in pursuing their crushes. It happens to be that Ryuuji is in love with Minori Kushieda, Taiga’s best friend, and Taiga in Yuusaku Kitamura, Ryuuji’s best friend. And from this seemingly simple and basic premise, emerges a romantic comedy better than anything else the genre has to offer.

Ever since I first watched Toradora around the beginning of, I believe, 2009, it has held a very special place in my heart. I can never stop thinking of it and I can never stop praising it. It does almost everything right, except for that lovely, yet a bit rushed, ending. Unlike every other love story out there (yes, even Clannad), Toradora delivers a great pacing and an even better development. Instead of dragging its own feet, Toradora moves the story forward with each episode. Are the characters developed? Yes, yes they are. Taiga, who a lot of people see as a typical tsundere played by Kugimiya Rie (the tsundere queen), is not a one-dimensional character. She has depth. She steadily evolves during the show, together with everyone else, even if it is not always spelled out for the viewer. You actually have to think and put yourself in their shoes. 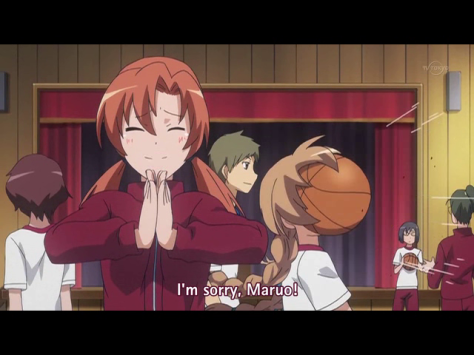 Talk to the ball.

At first, Toradora looks like a very typical romantic anime with a little comedy added to it. Later on though, the serious side becomes more apparent while the comedy takes a rest. I mentioned it in a previous post.

This is all wrong.

I have only had time to re-watch the first two episodes, but boy did I now notice that it plays it straight even from the beginning. All the characters showed depth even from the get go, something I never noticed during my first time. Toradora does not tell, it shows. And you have to pay attention too.

After having discovered about their respective crushes, Ryuuji and Taiga form a close bond with each other, which makes everyone else around them believe that they are lovers. This creates a few problems, so Taiga decides that she will confess to Kitamura the next day to help Ryuuji get closer to Minori. After that she and Ryuuji will only be regular classmates, she tells him. She does it for his sake! 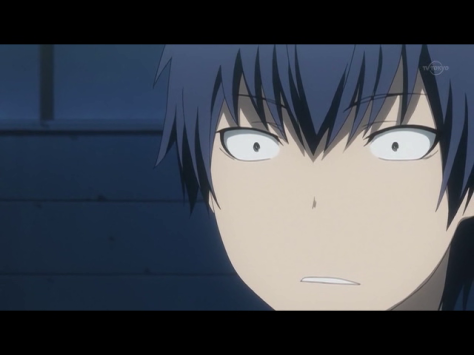 This is where I noticed something. None of them sound happy when talking about this. Taiga puts on a cheery, but very forced, attitude while Ryuuji is very shocked about it. He looks down and says goodbye to Taiga with a voice full of emptiness. The next day, he is depressed and lonely. Not even Taiga looks happy about it. Regardless of this, Taiga decides to confess to Kitamura.

The confession does not go very well, as Kitamura asks Taiga if she and Ryuuji are dating. She denies it, but when asked if she dislikes Ryuuji, she becomes all quiet. When trying to brush off the question, all embarrassed, she messes up and starts mentioning how much Ryuuji has helped her and that he was always there for her. Taiga does this in a warm, happy, but also sad, voice, like a reflection of the day before, where she and Ryuuji parted. Perhaps she does not want to leave his side? In the end, Kitamura turns her down, saying that they will be great friends instead. 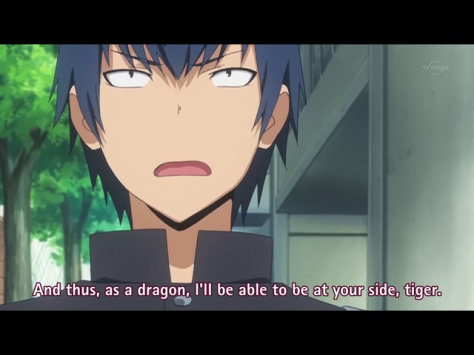 Later, Ryuuji shows up. Having accidently overheard the whole confession; he tries to cheer her up. Taiga stops him, however, as she most likely believes it will only further complicate his relationship with Minori (once again, she is not thinking of herself, as she does not say “No, I do not want it”). In response, looking a bit sad and chocked again, Ryuuji says he does not know why, but that he cannot leave her alone.

Here, in this scene, you see that these two characters truly care for each other. In only two episodes, they have formed a very deep, but true, bond. But they have yet to realize what this all means. They still do not know. But they feel.

Afterwards, Ryuuji proclaims that he will be a dragon, the only beast that could equally stand with a tiger (Taiga). He even calls her by first name! Taiga, who is actually very happy about this, unleashes her tsundere-powers and kicks him. But when walking away, she secretly smiles to herself, feeling all warm and fussy after having been called by first name. 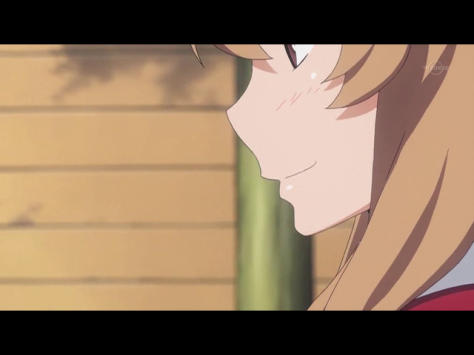