That feeling when you realize that you are barely able to create a proper list containing the twelve best shows this year.

If you have not heard, Kiddtic is creating a contest  and need submissions, so if any of you other bloggers have not entered, do it! Personally I really love these kinds of things, as it feels like the community is one big family or a gang of friends having fun together. So it is only natural for me to participate!

I must say that it was rather hard to come up with this list, as out of the shows I have watched this year, only a handful had that “little extra” in it. Even if there were a lot of good shows out there, many of them were only that: “good”. On the other hand, I have not watched Steins;Gate, Tamayura: Hitotose or Tiger & Bunny, so I am the one at fault.

But now on to the rankings! It feels a bit unfair as the fall season has not finished airing, but no can do. I can always do a retrospective later!

It started out good for the first ten episodes, if perhaps a little too slow on the Ringo-part, but after that I lost interest. With all the twists and “anything goes”, I simply got bored of it. I do not care about the characters, I am not interested in millions of philosophical interpretations and so on. It did not work for me. But it is still better than most of the shows this year, though it will never be the best.

It had a dull first episode, but then became as good as the first season. It should be repetitive by now, with the only big joke being Kaname’s lesbian adventures, but it still manages to surprise me. It might be due to Shaft’s directing. Who knows. Fun stuff anyway.

While far from bad, this adaptation has decided to stick with a few things that bothers me and ruins what I liked from the manga. I mentioned it in my “Fall 2011 Impressions”, but I will mention it again. They ruined the atmosphere. The music is cheery and does not fit in the slightest and the “shit got real” have been toned down. Hunter x Hunter is supposed to look happy, but actually feel serious and dark. In an otherwise very faithful and good adaptation, this is a real shame.

#9 The World God Only Knows II

It improved a lot upon the first season, now with comedy that works and with a pacing not feeling as disjointed as before. But not only that! With some of the sweetest romance scenes this year, Manglobe really showed that they really can create good stuff when they want to. Too bad the sales were bad, because I would want a third season.

“Aaaaaw” sums up my reaction towards Usagi Drop perfectly. It is a very heartwarming show about a young man trying to raise a child. It played it a bit safe with the romance and drama, but other than that I cannot find any major flaws. Show it to non-anime person and you will definitely have a great time together. 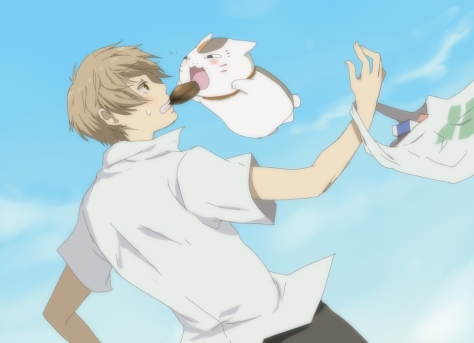 Natsume Yuujinchou continues to be a great show, dealing with loneliness, friendship and spirits called youkais. The magic that charmed me in the first two seasons are slowly starting to fade, however, so I am not sure how the fourth season will turn out to be. Instead of being episodic, it would perhaps be better to have an overarching plot. But I doubt I would not mind more of the same, because it is that good.

Still not sure what to think, but if Bones do not screw up this last arc, Un-Go has delivered. Since episode 2 it has only gotten better and better, which is great considering it being only 11 episodes long. I believe it would work even better as a 2-cour though, but that might just be me. A mystery anime that actually have real mysteries.

Still one of the best from the fall season, but a few episodes lately have been lacking. Especially Yukiteru is annoyingly stupid sometimes. But besides that, I enjoy every episode. But why only #5, you ask? With more than half to go, I am not too sure where to place it. So it had to be here.

I was right in trusting J.C. Staff one last time, because Kimi to Boku is their best show in ages it feels like. Delivering an interesting twist on an established genre (four girls doing cute things), it feels very fresh. It even involves romance! If you did not pick it up before, do it now. 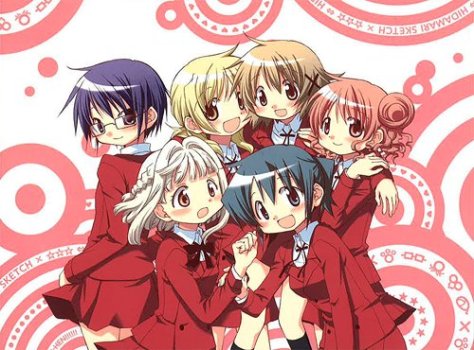 Hidamari Sketch. Shaft. What could go wrong? Cute, funny and sweet as usual.

Random comedy at its finest. Either you love it or hate it. I love it. Almost every little bit. It is hard to live without my weekly dose of Nichijou.

Imagine that you have an anime studio unlike any other, using the lack of budgets to its advantage, using a very distinct style that sets it apart from other studios and always being bad at keeping the schedules, but yet constantly managing to animate good shows. Now, imagine if that said studio received a high budget, artwork by Ume Aoki and a script by Urobuchi Gen.

A masterpiece is created.