When I asked fansubbers “Why do you fansub?” I received a very thoughtful answer by 8thSin from 8thSin Fansubs. This is his thoughts, unaltered besides having added spacing, bolded links and pictures for the sake of readability. I hope you will enjoy it as much as I did!

8thSin: I started fansubbing to maintain my Japanese skills, but I pretty much fansub now because it’s something that I enjoy, and I like sharing anime or movies that I enjoyed with others. It’s a hobby.

There’s a common misconception that we do it for recognition, but I doubt this is true in most cases. It’s hardly worth the time invested every single week. Most fansub groups nowadays don’t list the exact staff members in actual releases, and sometimes not even in group websites, so sometimes recognition is not even possible. Personally, I hate this trend because having the staff member name stamped in their release is important for accountability.

For me, I would hope that “Translated by 8thSin” is a stamp of approval for a certain level of translation accuracy and quality, and I am to blame should there be any translation mistakes (same applies to poor grammar for editors, or an ugly sign for typesetters etc). I would think I would be less inclined to care about the quality if they didn’t list my name in group websites, and I would never trust a release unless I know exactly who worked on it, but I digress.

Back to the topic, I think the main reason for “popularity contest” is a simple math of cost(time/effort) vs benefit (contribution). If I translated 2 hours for 120 viewers, then I’m spending a minute per view (for free). If there were 60 times more, it would be 1 second per view. I would obviously work harder on the more popular project because my efforts would be worth it (4 hours would still be only 2 seconds/view).

No one likes to have their time and effort wasted, and view count is crutial motivational device that assures us that what we are doing will be appreciated by enough people to make it worth subbing. I think this has always been true for fansubbing, even in the VHS days, just that they had less competition so release time was not part of the equation. For example, I would not have translated Mawaru Penguindrum at 3AM in the night during my vacation if I didn’t know 20,000+ viewers were waiting for it. 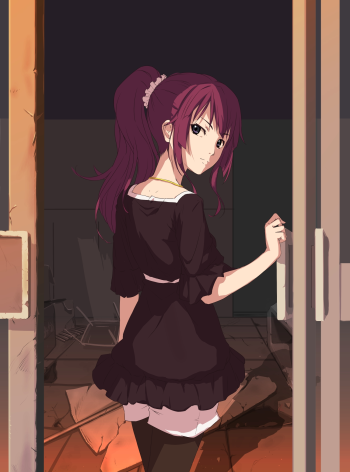 As for the current fansubbing scene, making anime “accessible” is a thing of past. Series will be subbed one way or another regardless of your participation in fansubbing, and I would imagine others continue to fansub just like me: Because it’s fun and we think we can help the viewers better appreciate anime we like. Times have changed, and “everything now” mentality of Generation Y (and later) is everywhere, not just fansubbing.

Additionally, even the most polished work only takes 8 hours to release if the group is efficient. No more than 6 hours TL, 2 hours editing, 6 hours typesetting, 1.5 hours timing, 4 hours encode, 1 hour QC. Most of which can be done in parallel. Not many old timers still have this kind of efficiency or dedication (to be available when series air), and nobody would watch their work so they stop caring and disappear. On the other hand, a lot of young fansubbers who can keep up with this pace aren’t skilled enough for high quality work.

Most of us speedsubbers think there is negligible improvement in quality of speedsubs vs slowsubs anyway, provided both groups have competent staff. 4 or 5 typos or bad grammars are hardly worth 2+ days of wait, and I think audience choices for faster groups make sense. The problem is when you download groups from incompetent staff, but it’s exactly the reason I started a fansub review for translations myself so viewers can better decide on which groups to pick.

Another problem is when fansubbers don’t take certain projects seriously. I’m guilty of this sometimes too, but because we do it as a hobby, sometimes we just need to have fun to have motivation to spend hours every week for no real return (I can easily earn $40/hour to translate more business documents, but it’s boring).

Although “to spread anime” is probably in the head of every fansubber, I doubt any of us have it as number one reason, because we’re all human and there’s usually not enough motivation to fansub for reasons like that today (because the fansubbing scene usually does not need any individual group to have shows subbed… Mawaru Penguindrum was an exception because we kind of killed the competitions’ motivation by making significantly better releases in about same speed, which resulted in a rapid downfall in their view counts).

Having fun still is, and I don’t feel guilty messing with a few lines as long as I know we’re still providing the best subs available, above average fansub and legal sub quality, and frankly, I like translations with personality than just boring ones with stock phrasings like “it can’t be helped.” That was not what the creators had in mind, and does not catch the spirit of anime. 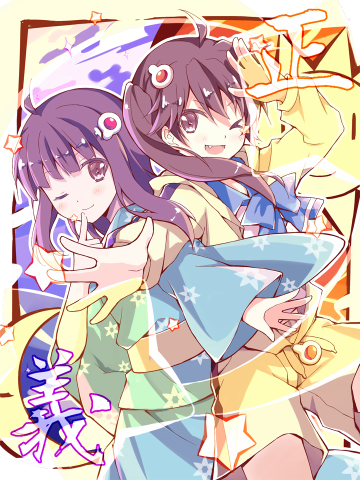 Personally, I am in full support of legal streaming services, and I have dropped quite a few planned projects due to legal licensing. However, I do help out my friends who want to sub licensed shows, because those subs can still be improved upon. As I said before I like sharing things I like, I would like to those series to be appreciated the way they were “meant to”, conveying as much meaning and nuance by story/script writers as possible. Hopefully, this kind of pressure would cause them to have more true simulcasts and better quality subs, though not very likely. Legal anime subs right now are far from true “professional-grade”, unlike Ghibli or other movie translation quality. Even one mistake per episode is not acceptable for a product. I know this kind of contradicts my previous statement about the “negligible improvement in quality” argument, but having a ready script completely changes the equation in “cost-benefit for motivation”.

Professional subs seem to be improving by the season. I think one day, CR/Funi/Nico subs will license everything, and their subs would not need any more tweaking. I don’t think it’ll be too long before the end of fansubbing, and we’ll just have rippers left to do the dirty work when they start providing quality releases in a timely manner, because many series already aren’t worth subbing for us. When legal anime providers do their work flawlessly in both quality and speed, we fansubbers can go back to just being fans.