In recent years the entertainment industry has seen some drastic changes to how you acquire media. Not too many years ago, you had to have some sort of physical storage device in order to, for instance, play movies or television programs. VHS, DVD and Blu-Ray; neither of these are required anymore. Providing that you have a good bandwidth and a stable Internet connection, it is today possible to access a vast library of entertainment via your computer or TV within mere seconds. This is all thanks to streaming.

What I want to focus on in this text is anime in particular, although you could argue that what I will say here could be applied to movies too. After all, they are similar, if not almost the same, when it comes to digital distribution.

If you wish to watch anime, there are mainly two ways to do it. You could either buy a physical copy of the anime in question, or you could watch it streamed digitally online via websites such as Crunchyroll, Daisuki or Hulu (and more). There is a third option too, which is downloading, but that will not be discussed.

Out of these two methods, I personally prefer the digital alternative. When it comes down to it, streaming is simply so much more convenient than buying a physical copy.

For starters, I can easily access the currently airing anime from Japan. In addition, it also allows me to try out a whole variety of anime without worrying about losing any valuable money. I value these two examples as very important, which is why streaming is much more appealing to me. However, there are also other bonuses, like not having to be concerned about shelf space or losing my physical copy. Plus, the typesetting (e.g. signs) is generally a little easier on the eyes compared to physical anime releases.

With physical anime releases, you do not have to worry about this issue. You buy the anime and then you can watch it as much as you want. Additionally, physical anime releases have superior sound and video quality compared to streaming which in itself is very attractive. There is also the ability to lend out your copy to friends and the feeling of ownership. Certain anime also come with bonuses, such as art books or video commentary! The latter has, surprisingly, yet to reach digital distribution as far as I know. 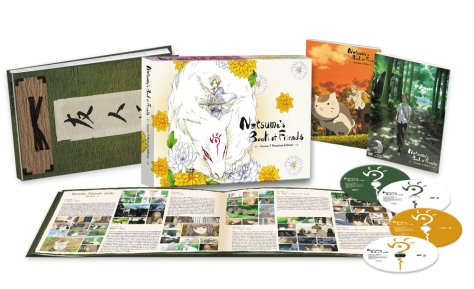 So, there are certainly advantages to both digital and physical anime. As I mentioned earlier, I prefer anime digitally thanks to its convenience. However, there are actually two more reasons I feel this way.

The first reason is that anime is not as popular in Europe, where I live, at least if we judge by the physical anime releases. My personal favorites, Aria the Animation and Toradora, are completely absent on this continent. Naturally, a lot of anime is being released in Europe, but in comparison to North America it is miniscule. If my favorites were released here, then I would most likely consider buying them. Even so, physical anime releases can be rather expensive.

The second reason I prefer anime digitally is the ability to watch episodes in a row without any unnecessary breaks. When an episode is over you can immediately start the next one without any hassle. You will still be immersed in the atmosphere and do not have to change discs in the video player. It may seem lazy, but it is merely the fact that I do not want to ruin an intense or emotional moment because of format limitations.

What about you? Which do you prefer: digital or physical anime?

36 thoughts on “Digital or Physical Anime – Which Do You Prefer?”