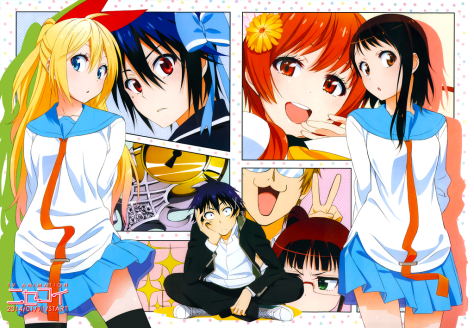 Not too long ago an anime called Nisekoi came to an end. Adapted by studio Shaft from the manga sharing the same name, it was a harem anime in the purest of senses. Every episode more or less featured the most common clichés you can find in harem series and the whole premise – a forgotten childhood love – is built to create misunderstandings and hijinks. Not to mention how it throws in a forced fake relationship just for the heck of it.

It may sound like the most unexciting series ever created which is not difficult to understand – after all, there is only so much you can do with the barebones framework Nisekoi sets up – yet I still love every second of it.

What makes Nisekoi so much fun to watch is, in addition to studio Shaft being clever with the camera as usual, the energy it emits. It fully understand s what type of series it is and runs with it non-stop, nearly going overboard with every trope or cliché it can come up with. Every week I can picture Naoshi Komi thinking up the most trivial ideas for a story and make them his own.

Drowning in a pool? Check. Test of courage? Check. Romeo and Juliet? Check. Nisekoi has them all and many more, not to mention the stereotypical characters. It comes across as a very self-aware and confident series. 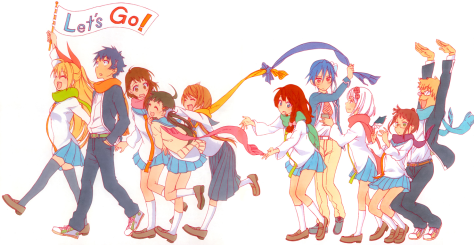 That is not to say there is no valid criticism against Nisekoi. As mentioned earlier, the very foundation of the series is a lost love. When Raku Ichijou, the center of the harem, was young he made a promise with a girl: they were to marry when reunited. Ten years later he no longer remembers who the girl was, yet he still insists on keeping his promise and therefore hopes his crush Kosaki Onodera is the promised one. However, much to his dismay, he is forced to undergo a fake relationship with Chitoge Kirisaki to avoid their respective gangs letting hell loose on their surroundings. Chitoge herself is not pleased either, for that matter, making it a traditional love-hate relationship.

This is it. There is not anything else to the story; no goals, no ambitions, no nothing. This is where Nisekoi shows its biggest weakness and the reason it puts many off. A very memorable harem series called Love Hina is often brought up when discussing Nisekoi for a good reason. While my general knowledge of it is limited to a pseudo-visual novel on a Game Boy Advance emulator along with what others on the Internet have told me, I would say I have a good enough grasp on it to see what makes it shine.

Much like in Nisekoi, our main character made a promise to a girl as a child and is later constantly surrounded by the opposite sex. The key difference, however, is that there is more to the premise: the guy is unfortunate enough to be terrible at studying, leading him to fail his university entrance exam twice. This is the driving force in Love Hina and the long-term goal in addition to his childhood promise. Moreover, we actually learn about the girls’ struggles and they become fleshed out rather than mere stereotypes.

As you can see, there is a much greater potential to tell a story in Love Hina and that might be the reason it is widely considered a classic of its kind today. On the other hand, Nisekoi has absolutely nothing in comparison. The closest we have gotten is learning a few details about the characters, yet it is rarely noteworthy and never important in the long run.

Instead, all Nisekoi relies on is making the most of what it has. Its strength and charm lies in the events transpiring and the reactions to them. In countless and countless of smaller side-stories consisting of one or two manga chapters it creates endearing scenarios of clichés you have seen elsewhere. Nisekoi always balances on a thin line with its teasing of romantic situations and keeps me wanting more, almost like an addiction.

Rather than calling Nisekoi merely a harem, I would label it a comedy with harem overtones. Similar to another popular Weekly Shounen Jump manga called Gintama, it is full of funny weekly nonsense bar the rare times it decides to progress the barely tangible plot forward. The reason I say this is due how Nisekoi portrays itself as opposed to many other harem series. It is very light in tone and takes the romance aspect of itself as humorously as possible, as well as avoiding anything lewd. Thanks to this it never falls into the common traps of the genre. The harem is never the focus of the series, but merely a flavor to crank up the comedy and teasing to eleven. In a sense, it is very pure. 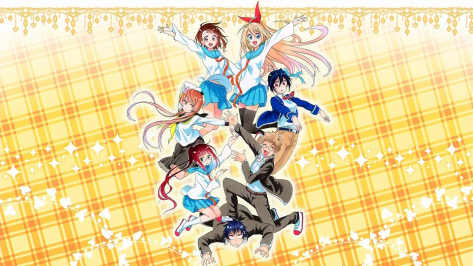 To make matters more ambiguous, however, the anime adaptation of Nisekoi ends up feeling vastly different to its manga counterpart. Part of the reason is that the anime skips five standalone chapters which help emphasize the comedy aspect, while also giving other characters – Seishirou Tsugumi comes to mind – more time in the spotlight.

The main reason the Nisekoi anime comes across as different is actually the fact that is it an adaption, something that feels very ironic. You see, the manga has a lot of monologues in particular from the main trio – Raku, Chitoge and Kosaki – much like the anime. However, since anime is as much a visual medium as an aural one it means all those monologues have to be narrated. This makes the pacing of the anime slow down tremendously and instead shifts the emphasis from comedy to harem and romance, making it seem hollow. As a result it is no surprise that the anime is weaker than the manga.

At the end of the day, however, I am a fan of Nisekoi no matter the medium. While it may be far from perfect, it still manages to constantly hook me week after week. After all, Nisekoi does not take itself seriously; only its fans do.

17 thoughts on “Nisekoi is a Giant Tease of Fun”