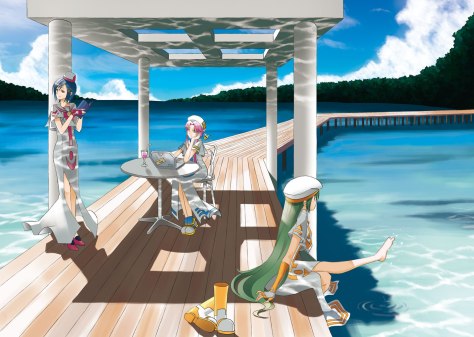 It has been a while, has it not? It has been roughly one month since I last posted here on Anime Viking and I apologize for that. I will talk more about this after the jump.

To share a little more happy news, I can gladly tell that Anime Viking has reached over 100,000 blog views as of 27th May 2013! This feels like a small, but nice, milestone and shows how long this blog has ventured since it first started. Time sure flies, does it not? END_OF_DOCUMENT_TOKEN_TO_BE_REPLACED 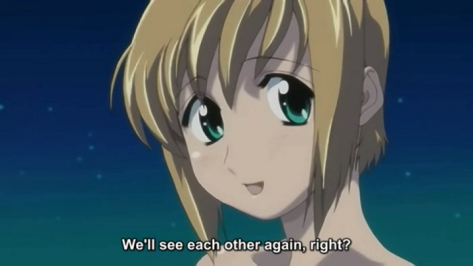 I liked the music. END_OF_DOCUMENT_TOKEN_TO_BE_REPLACED

Marow: For an arc that is about saving Asuna as fast as possible, Alfheim Online sure likes to ignore the rescue mission and instead focus on fleshing out its world. This week it took the form of saving a meeting between two territory leaders, something that surely would not be on my to-do list if I had to save my girlfriend from the evil clutches of a pervert. Then again, I am not as busy as Kirito with gathering new members to my personal harem. END_OF_DOCUMENT_TOKEN_TO_BE_REPLACED 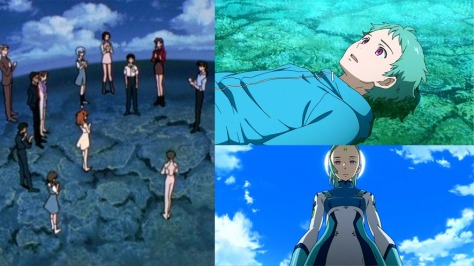 You are happily watching your favorite ongoing anime when suddenly you are faced with an episode preview that clearly shows that there will be a recap episode next week, whereupon you become filled with disgust and curse the anime studio which dares to put a new and fresh episode on hold for the sake of a simple summary.

This is something that most likely has happened to everyone at least once and each time you let out a big sigh. Why do we even have these recaps? Can they be any good? In fact, are they even needed these days?

END_OF_DOCUMENT_TOKEN_TO_BE_REPLACED 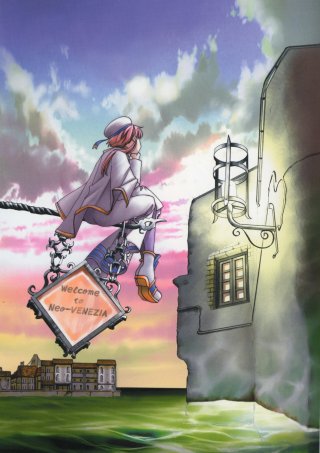 It should not be surprise by now, but as you may have noticed, I have not really been an active blogger for about a month now. There are a number of reasons for this, some of them being silly moments of questioning my blogging capabilities, but the main reason is that I simply do not find it fun to write anymore. This, coupled with the fact I also received the very sweet bonus of suddenly finding it hard to write, has really worked against the existence of my blog. When it is neither fun, nor easy, resulting in a lack of motivation, there really is no reason to even force myself (I have tried), as everything that comes out will be half-hearted.

With this in mind, I humbly announce Anime Viking’s first hiatus. END_OF_DOCUMENT_TOKEN_TO_BE_REPLACED

The Internet was supposed to save us all. No more platforms, no more restrictions. Everyone in the whole world would play by the same rules. It was like heaven itself.

But of course, that was nothing more than a simple lie. All because of those damned region locks. END_OF_DOCUMENT_TOKEN_TO_BE_REPLACED

Here I am, finally taking my first steps into the blogosphere as a blogger myself. And I am already starting to tremble.

It is always the beginning that is the hard part when writing, as you feel lost and have no clue about what to write. You also feel tense and try to be near perfect in every way possible. Furthermore, it does not help that introducing myself has never been my strong side. So let us skip the formalities and talk about the blog itself first.

Since anime is one of my main interests together with writing, it is no surprise that I have decided to try out anime blogging myself after having read some great anime blogs out there. The name Anime Viking originates from the fact that many outsiders tend to think of Vikings when they hear about Sweden, where I live, with it being a part of our history. A rather  fitting choice, is it not?

One thing you should know, is that this blog is a part of a school project I am currently doing about blogs. This will not affect you readers in any way, as I will only analyze the activity and other statistics. This project will end around April next year (2012), but that does not necessarily mean the end of this blog. Perhaps there will be changes, a co-blogger would be great fun, but, as previously mentioned, it will not be any “end of the world”-scenario. The Mayas are in charge of that.

Anime Viking will feature editorial and episodic posts as many other anime blogs, so it will not be anything out of the ordinary, at least not for now. I always welcome discussions and if you have ever wanted to try out writing a guest post, feel free to ask about it! One thing I would personally love in the future, is some kind of group discussion about a certain topic or episode, featuring other persons! I am open to all kind of ideas, so ask away!

My history with anime is still quite young, despite having watched it my whole life, as my first “true” encounter with anime was during the fall season last year (2010), which was when I started to follow news, different seasons and such. Before this year I had watched less than 100 series, including both shorts and movies, and currently my amount of completed ones are around 171! Such a nerd…

But before ending this post, I have to tell you at least something about myself. So, in short, an 18 year old from Sweden who loves anime and cats. The silent and observing type of person.

And so, it is finally time to start blogging. Who knows how it will go.