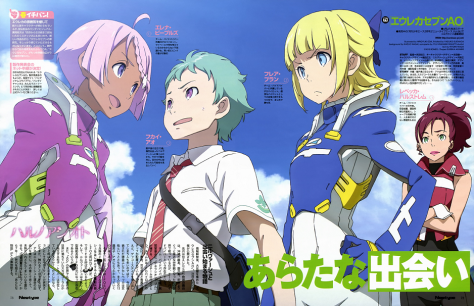 It has now been a while since Eureka Seven AO finished and I feel like it is time to share some of my thoughts on the series. I will avoid going too deep into the details since I do not remember them all, which is not that odd considering how the series introduces lots of ideas but never really does anything with them and the fact that I never really like it to begin with.

In other words, if you see some mistake, please call me out on it! When I someday re-watch it in the near future, I will go through every episode and point out the flaws. You can view this post, along with the other coming two, as scattered thoughts on what I believe the Eureka Seven AO did wrong.

To start, let us talk about how poor the characters are. END_OF_DOCUMENT_TOKEN_TO_BE_REPLACED 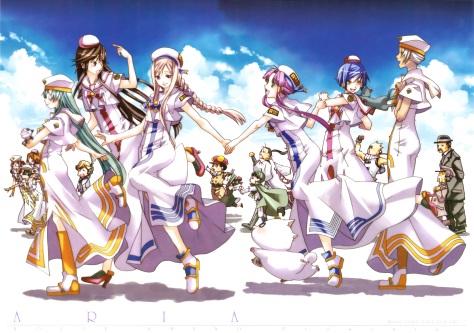 “The gentle wind brushing against my cheeks…

While rocking to the sound of the waves,

I can feel my body relaxing.

I close my eyes, and can see…

The direction the wind is taking.

A smile is immediately brought to my face.

Can this yearning be healed by the wind…

As the undine takes me to your side?”

Yes, yes it can be healed! END_OF_DOCUMENT_TOKEN_TO_BE_REPLACED 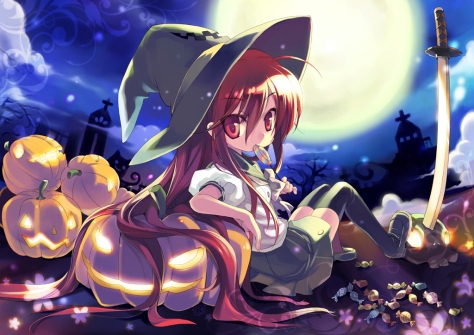 Halloween is upon us and so are the fall 2011 impressions. So far, it has been a rather lacklustre season, with the big meat named Guilty Crown failing to live up to its initial expectations. At least it seems that we have a few unexpected shows that are starting to leave bigger impressions on me with each episode. If you want to find out my thoughts, read on! END_OF_DOCUMENT_TOKEN_TO_BE_REPLACED