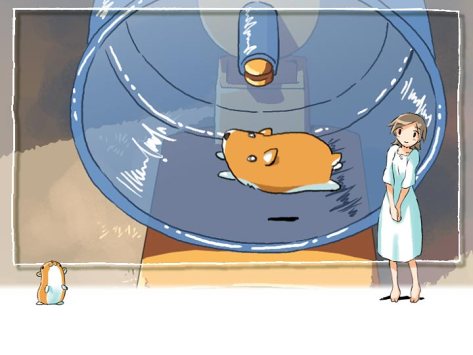 Last week I wrote about my feelings regarding movies done by Makoto Shinkai. Considering how he is such an interesting creator, I afterwards decided to give his short films a try.

Here are my thoughts.

What do you think of Shinkai?

Note that he has done a few more short films than listed in this post, such as a commercial to advertise his home prefecture’s newspaper The Shinano Mainichi Shimbun, but in this post I have only included his works registered in MyAnimeList’s database. 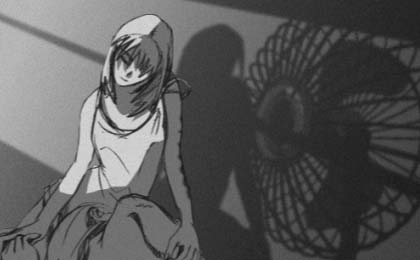 In less than two minutes we are told a story that touches the typical themes found in works by Shinkai. In other words, the focus lies on drama, romance and, naturally, clouds.

But despite Tooi Sekai being as simple as possible due to solely having been created by Shinkai himself, it does not hit home. In seven silent sentences we are told an ultimately forgettable story that comes across more as an idea, an experiment to test his skills, than something with a point.

There is nothing wrong with this. However, it is not very exciting to watch.

Told entirely from a cat’s perspective, She and Her Cat remains one of Shinkai’s more interesting ideas to this date. But similar to Tooi Sekai, She and Her Cat is more of an experiment than a proper story. It is more about how it is told than exactly what is told. Despite dropping a few subtle, yet too vague for speculation, clues at something larger than what we witness, it is clear that this is not important to She and Her Cat.

The way it is conveyed, on the other hand, is smart. As I mentioned, everything is from a cat’s perspective, which lends itself well to creating sort of a melancholic atmosphere. This, along with the equally melancholic music and visuals, helps draw you in for a neat, if not too special, little ride. 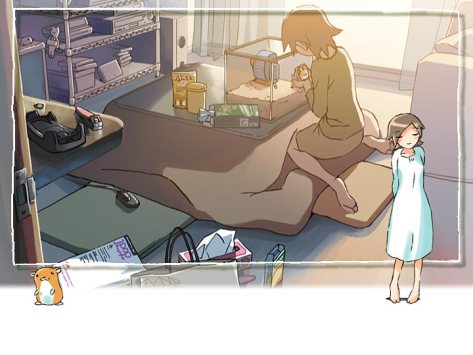 This little film came to be thanks to the Minna no Uta (“Everyone’s Songs”) program by NHK and was a way to promote the singer Hiromi Iwasaki. The one who received the task to create a music video for her song “Egao” was none other than Makoto Shinkai.

What he produced was a delightful little video about a girl and her newly bought hamster. This complements the already beautiful song extremely well and creates a charming whole.

Every now and then I find myself re-watching Egao due to how simplistic it is. If I am to make a wild guess, this marks the only time where Shinkai followed the “simple is better” principle. This really works and has resulted in a short little music video full with honest feelings.

And sometimes this is just what you need.

Featured in Ani*Kuri15, this is oddly enough the only time where Shinkai has focused on comedy rather than drama. This different approach is something I would love to see more of, seeing how great he pulled the comedy off. Perhaps he should do a comedy movie next instead of his usual drama ones?

Or maybe I just want to see more cats plotting against mankind.

This is one of two short commercials advertising Taisei Corporation. In this case it highlights the Marmaray Project, a tunnel that will connect Europe and Asia.

Interestingly enough it focuses on a nameless woman rather than the project and company themselves. She tells us how she in her younger years failed to reach a certain height in high jump, but will definitely succeed with building the tunnel.

Stunning visuals and a lovely song by Anri Kumaki contribute to an already romanticized commercial, but it is still not something you will remember for long. In fact, you may wonder what this even has to do with the project itself.

In that sense, the other commercial succeeded where this one failed.